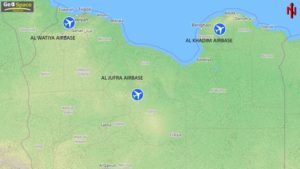 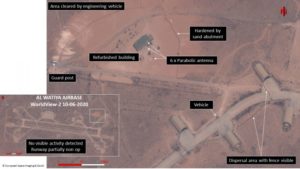 In satellite imagery of Al Jufra captured on 13th June 2020 with GeoEye-1, there were no signs of either MIG-29 or SU-24 present on the airbase, as previously observed. Despite this, the imagery did highlight a strong Russian presence (through the Wagner Group) at the airbase. Several Russian made operational combat vehicles are easily identifiable including SU-17/20/22 Fitter and MI-24/35, as well as training vehicles L-39 Albatros and transport vehicles MI-8/17. The presence of these vehicles at the airbase suggests that Russia are “conducting basic flying, working on proficiency and gathering situational awareness” said US Air Force Col ChristopherKarns, head of ARFICOMS public affairs office. 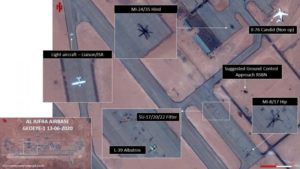 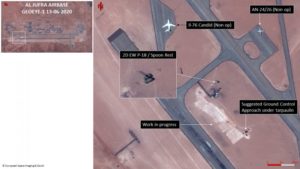 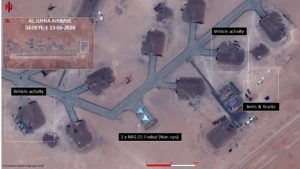 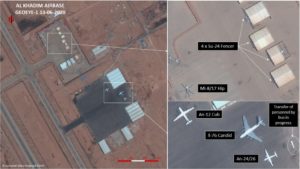